We have the same goal. Let’s focus on it.

The goal is to replace Obama next November and at this point there is not one GOP candidate who can do nearly as bad or worse than Obama has done for this nation.

There is no perfect candidate for any one of us. For me, Paul fails hugely on foreign policy; Perry’s immigration policy is hardly what I would agree with; Romney has that suitcase on his back called RomneyCare; Bachmann is just a little too strident. But I’ll take any one of them over Obama, any day. And I’m betting that most Conservatives agree with me – no matter what differences we might have with these candidates, they are head and shoulders better than the man in the Oval right now.

Right now, the democrats (now known as Marxists) are targeting the Tea party and from polling results, it appears it’s working for them.  Fewer people are viewing the Tea party in favorable terms. Fewer people agree with the Tea party message.  This is old news to most of you. But the fact is that the message is being stolen and perverted by the Marxists (once known as democrats) and we need to get that back.  The Tea party are the freedom fighters for all and we have to make that message known. Concentrating on the differences between candidates and not on the president and his Marxist party is to our peril.

I want to see the GOP candidates stop beating each other up and start showing us what they will do differently than Obama. They need to stop sniping at each other and focus on Obama’s failed administration.   We’ve got to be unified against the creeping socialism that is overtaking us or we will be doomed after November ’12.

The Doorbell. Something to ponder.

From the powerline blog: 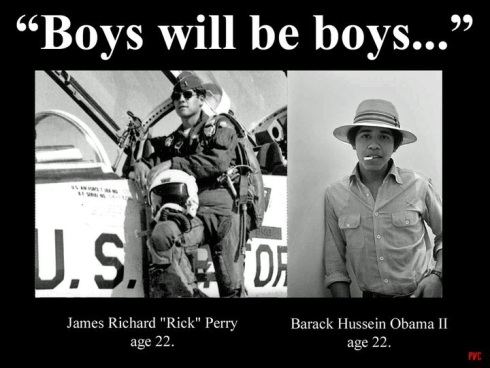 How to get 10 million votes in two easy steps

Obama has just assured the democrats (and why we still call them democrats, is beyond me) a whole new voting bloc:

“Having failed in the legislative process, the Obama administration has simply decided to usurp Congress’s constitutional authority and implement an amnesty program for millions of illegal aliens,” FAIR President Dan Stein said. “This step by the White House amounts to a complete abrogation of the president’s duty to enforce the laws of the land and a huge breach of the public trust. … In essence, the administration has declared that U.S. immigration is now virtually unlimited to anyone willing to try to enter — and only those who commit violent felonies after arrival are subject to enforcement.”

Read more: http://www.foxnews.com/politics/2011/08/18/obama-administration-to-review-all-deportation-cases/#ixzz1VTbZtYWM
I won’t call them democrats anymore. They are now the American Marxist Party (Formerly Known as Democrats.)
His next move will be to issue them voting rights and mark my words, he will do so before the next election.

I don’t want to ruin your day before it starts but here’s something to give you heartburn before your 2nd cup of coffee:

Did Eric Holder’s ends justify the death of Brian Terry?

Last week, Eric Holder issued subpoenas to go after News Corp. – the parent company of the Wall Street Journal and Fox News. This isn’t news to anyone who reads my blog because you are well read and well educated on current events. Unlike some of the liberals I hear call Rush and Levin, we know what’s going on and we know the actors.

Holder is holder-ing out on Rep. Darrell Issa’s (R – CA) congressional investigation of the Fast and Furious/gun running fiasco.

This is a big story.  There are reports of DOJ attorneys at Fast and Furious meetings with other very upper level ATF guys.  But who’s covering it? Fox. Who is Holder now investigating? Fox. Connect the dots – what’s the message from Holder?

Now it seems to me that Eric Holder knew about this gun running crap and so did Obama. Remember Obama’s words regarding gun regulations, back in March, to Mrs. Jim Brady – “We have to go through a few processes, but under the radar.”

And those processes are what? More executive orders, more regulations from unelected regulatory czars and letting guns walk over the border to make a case for more gun regulations.

I’m gonna say it again – This is a big story and the MSM is not covering it – on purpose. They are choosing not to cover this because of definite harm to Holder and probable harm it will do to Obama.

But the ends justify the means to the Marxists in our government. Let no one forget – LET NO ONE FORGET – that the means was the murder of at least one (and possibly another) American law enforcement agent named Brian Terry.

Obama continues to vote present because he just likes Being There

From bowing to foreign leaders:

to denying American  exceptionalism to escorting the Dalai Lama past the garbage and out of the White House via the back door,

Obama has weakened our position on the world stage.

So, when the president is selling $5 raffle tickets from his living room in the White House for a dinner with him or Joe Biden, it’s obvious to all that the prestige of the office is in the basement. It’s on par with the sleaziness of selling the Lincoln bedroom.

Let’s hope a dinner with a common American goes better than this one did:

I’ve said it before and I’ll say it again: The Obamas are totally out of their element as the First Family of America.

Obama has the Alinsky community organizer job down very well: give the idea and incentive and then delegate so if (or when) it doesn’t work out, he has clean hands. It’s really nothing more than a continuation of voting “present” by just Being There.

Just Being There (in the White House) is all he really wants anyway: the perks and the private concerts with super stars, the private jet and personal chef. Honestly, after reading Michael Barone in the National Review today, I can see why BO wants to be president again. Being There is just so easy.

Which past leader does Barack Obama most closely resemble? His admirers, not all of them liberals, used to compare him to Abraham Lincoln and Franklin Roosevelt.

But there is another comparison I think more appropriate for a president who, according to one of his foreign-policy staffers, prefers to “lead from behind.” The man I have in mind is Chauncey Gardiner, the character played by Peter Sellers in the 1979 movie Being There.

Peter Sellers as Chauncey Gardiner in Being There. And many believe that just like Chauncey, Obama walks on water, too.

As you may remember, Gardiner is a clueless gardener who is mistaken for a Washington eminence and becomes a presidential adviser. Asked if you can stimulate growth through temporary incentives, Gardiner says, “As long as the roots are not severed, all is well, and all will be well in the garden.”

Kind of reminds you of Barack Obama’s approach to the federal budget, doesn’t it?

On all these issues, Obama seems oddly disengaged, aloof from the hard work of government, hesitant about making choices.

That doesn’t sound like Lincoln. Or Roosevelt. Or even Jimmy Carter. More like “then we have fall and winter.”

I’m going to make a prediction

Obama has been everywhere, raising money. We’re seeing him everyday. He’s campaigning all over the place: bad mouthing the Republicans and the Tea party. Intimidating any would-be opponent because he’s going to raise $1billion. Who can compete with that?

And we have 19 months until the next election.

Does this mean Obama fatigue (or more like voter catatonia) to anyone but me?

The Republicans are right to hold back and not announce their intentions to run. This is a smart move for them. This gives Obama lots of time to muck things up for himself before the real races and debates occur. And it gives Obama time for the voters to be burned out and sick of him. Or sicker than we are now.

Yep, I think the Republicans are doing the right thing and Obama is on his own track to ruination.  Or at least I’m praying so.

The new civility applies to only liberal women

If you’re Sarah Palin, Michele Bachmann or any other conservative woman, you’re fair game for filthy name calling from the likes of Bill Maher and other misogynistic liberal, Marxists in this nation. I’m sure the video will be posted online someplace before this day is through.

And once again, NOW has clammed up; the useless organization that stands for no one and nothing.

Loosing our rights and freedom of choice

A major source of objection to a free economy is precisely that it gives people what they want instead of a what a particular group thinks it ought to want. Underlying most arguments against the free market is a lack of belief in freedom itself.  Milton Friedman

And this is the problem in our country now. We have a ruling class that thinks we “ought to want” toxic, curly fry light bulbs, for instance. (I wish I’d thought of that mercury light bulb description first, but credit goes to Mark Steyn.)  How dare we want to buy what we want? How could we possibly know what’s best for us or what we can afford or what we want to afford? We aren’t smart enough to choose for ourselves. All options are taken away for the greater good, because they know what the greater good is. Only they know what’s best for you and me.

They are attempting to take away our freedom of choice – unless it’s the life of an unborn baby, and then everyone has that right to choose death over life. Isn’t it amazing how important choice is to these statists until it comes to the type of shower head in your bathroom or the kind of car you drive?

It’s nothing more than a total disdain for everyone’s freedom but their own. And the only individuals they respect are themselves.

Diary of a Mad Conservative
Blog at WordPress.com.
Loading Comments...